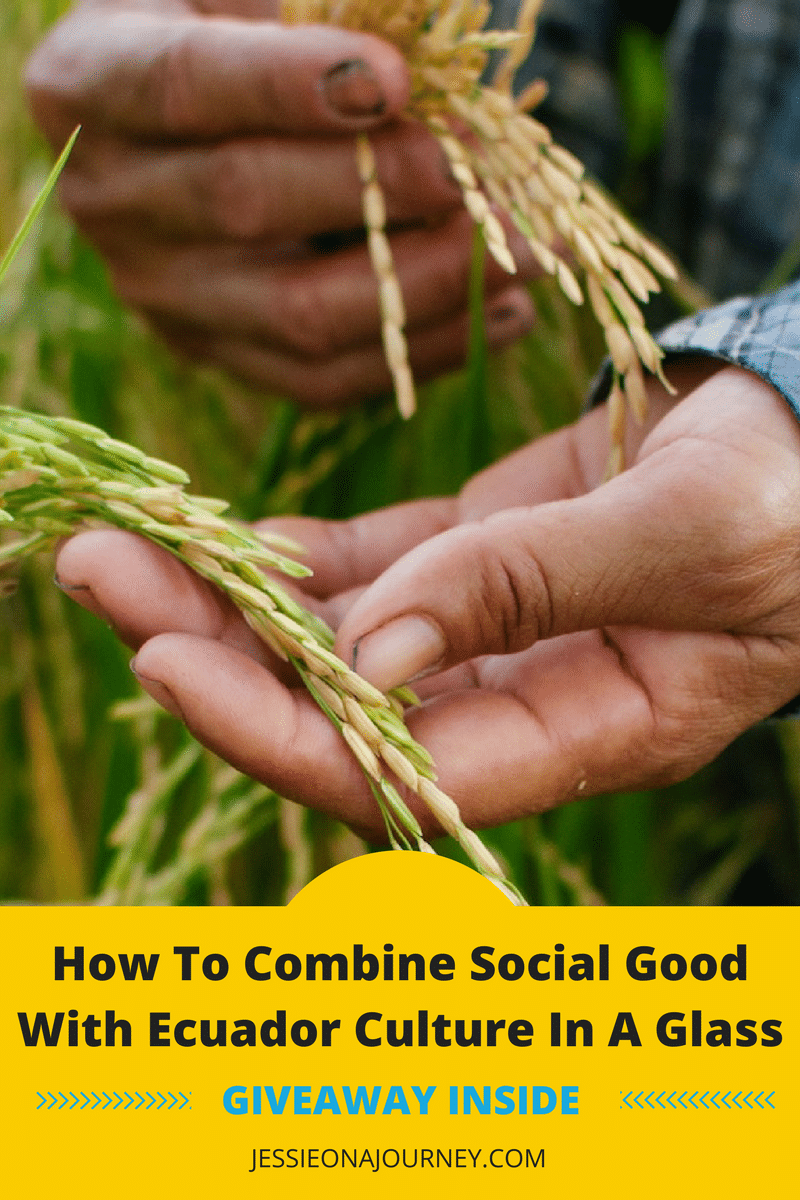 By Sofía Estrella of Wanku, the sponsors of this post. Featured image courtesy of suxco/Pixabay.

Fact: On Earth there are more than 150 countries, over 1 million cities, and greater than 7 billion people. With so many cultures, it’s a beautiful thing to share our traditions, beliefs and lifestyles with each other to create a more open-minded world.

But how do we share our local cultures with people that are thousands of miles away?

It’s actually not as hard as you may think. In fact, one tasty drink called Wanku is passionate about sharing Ecuadorian culture with the world, while also helping local farmers.

**GIVEAWAY ALERT** Enter to win 1, 3 or 6 months of Wanku drink, free! 3 winners in total. See entry details at the bottom of this post!

Wanku was founded by three young men — Juan Giraldo, José Torres and Nicolás Estrella. Their goal: to help small farmers from Chuquiribamba, a southern region rich with Ecuador culture. Local farmers in Chuquiribamba are hard-working and passionate about preserving nature. And while very thankful for what they have in life, many struggle with low incomes.

Take for example Miguel Tambo, a 55-year-old Chuquiribamba farmer tilling the land since the age of 20. His belief: that preserving nature is the future of humanity. But despite his hard work and noble goals, Miguel often lacks the means to get his products to local markets to be sold. The result is that he’s forced to sell his goods to intermediaries at a tenth of the normal price. 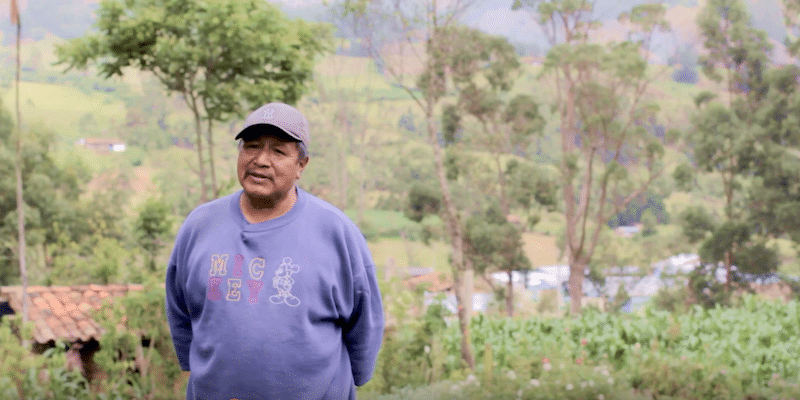 As a consequence of issues like this, both the hardworking people of Chuquiribamba and their families must learn to survive with less than $50 USD per month.

This is where Wanku comes in, creating a sustainable value chain where they purchase their product ingredients directly from farmer’s at a Fair Trade price. This way, they can improve quality of life in Chuquiribamba.

But how exactly do they do it?

Well, there is an ancient traditional beverage called horchata from Loja, the region Chuquiribamba resides in. Known for being both delicious and healthy, it’s believed to be an evolution of a drink brought to Ecuador by the Spanish during colonial times.

Explains Wanku co-founder Juan Giraldo, “Local people say one reason horchata is considered an important beverage is because it’s often very hard for people to travel to big cities for medicine or doctors. Horchata is known for treating stomach and digestive problems. Local people know that horchata has a lot of health benefits for the body. People in this region of Ecuador are known for living more than 100 years. They say that horchata is one of the reasons for their healthy lives and longevity.”

It’s important to note it’s not the same as the Mexican version containing rice milk laced with vanilla and cinnamon. Instead, the beverage is a blend of water with 20+ different herbs and flowers. Some of these include black and white basils, mint, oregano, lemongrass, linseed, starflowers and more. To sweeten, organic cane sugar and stevia are added, with a bit of lemon juice for acidity.

Says Giraldo, “We’ve tried our best to replicate the traditional horchata recipe that farmer Don Miguel shared with us. We just reduced the amount sweetener they usually use to meet customer preferences.” 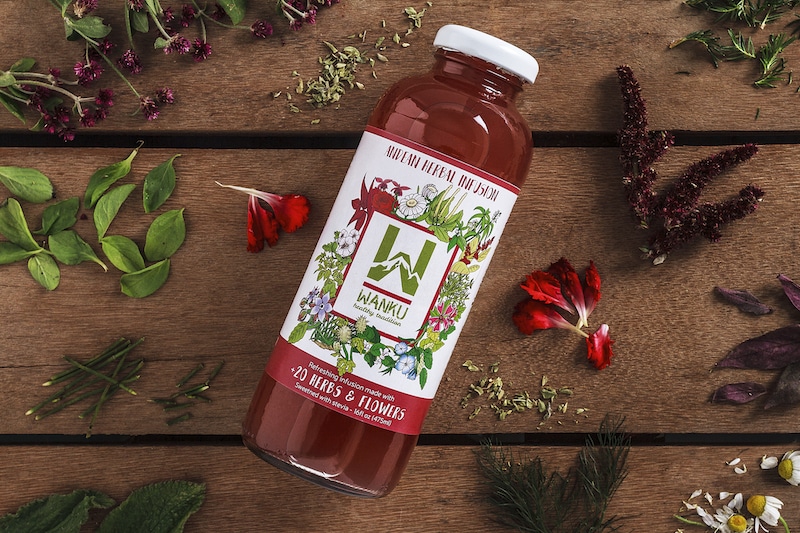 Sharing Traditions With The World

Wanku has now bottled the beverage to share Ecuador culture with the world — while also providing Chuquiribamba farmers with additional revenue. Making a positive change is what motivates Wanku’s team to work.

Notes Giraldo, “It is amazing how one action can make a difference in a community and impact the world. It is wonderful how the traditions of a culture can be known worldwide simply by sharing a beverage.”

By the way, if you’re wondering what the word “Wanku” means, it’s a word from Quechua, the most widely spoken language of indigenous people from the Central Andes Mountains. Wanku means “conjunto” in Spanish, which could be translated as “together” in English.

It’s fitting not only based on the brand’s mission, but also horchata’s recipe itself. Explains Giraldo, “Horchata is a ‘wanku’ of medicinal herbs and flowers. The ingredients have to be blend together to get the drink.”

Wanku is about to launch this beverage through a crowdfunding campaign. What they need now is help spreadin the word.  Go to livewanku.com to subscribe. Share their initiative with your friends and let everybody know about people like Miguel Tambo.

1. Ramp up production. Says co-founder Juan Giraldo, “We’ll be able to bring Wanku to the US, thus increasing our production. As production increases we can create better livelihoods for farmers.”

2. Create an agricultural cooperative to support local farmers. This will give farmers access to credit, increasing their bargaining power against intermediaries.

3. Jump-start Wanku Foundation. The Foundation seeks to provide farmers with tools and knowledge in modern agricultural techniques. Additionally, it will work with the cooperative to help ensure quality standards.

Want to try Wanku for yourself — for free? Take a few seconds to enter the giveaway below to potentially win one of the following:

*The giveaway is open to US-residents only. You must be 18 years or older to enter.

What is your favorite way to learn about Ecuador culture, as well as other cultures, when far away?

Best Bottomless Brunch In NYC: 31 Must-Try Boozy Restaurants
62 Unique Restaurants In NYC You Absolutely Must Try In Your Lifetime
29 Of The Most Instagrammable Cafes in NYC
Posted in Art and Culture, Food & Drink, Guest Posts, South America

This website uses cookies to improve your experience while you navigate through the website. Out of these, the cookies that are categorized as necessary are stored on your browser as they are essential for the working of basic functionalities of the website. We also use third-party cookies that help us analyze and understand how you use this website. These cookies will be stored in your browser only with your consent. You also have the option to opt-out of these cookies. But opting out of some of these cookies may affect your browsing experience.
Necessary Always Enabled
Necessary cookies are absolutely essential for the website to function properly. These cookies ensure basic functionalities and security features of the website, anonymously.
Functional
Functional cookies help to perform certain functionalities like sharing the content of the website on social media platforms, collect feedbacks, and other third-party features.
Performance
Performance cookies are used to understand and analyze the key performance indexes of the website which helps in delivering a better user experience for the visitors.
Analytics
Analytical cookies are used to understand how visitors interact with the website. These cookies help provide information on metrics the number of visitors, bounce rate, traffic source, etc.
Advertisement
Advertisement cookies are used to provide visitors with relevant ads and marketing campaigns. These cookies track visitors across websites and collect information to provide customized ads.
Others
Other uncategorized cookies are those that are being analyzed and have not been classified into a category as yet.
SAVE & ACCEPT
151 shares