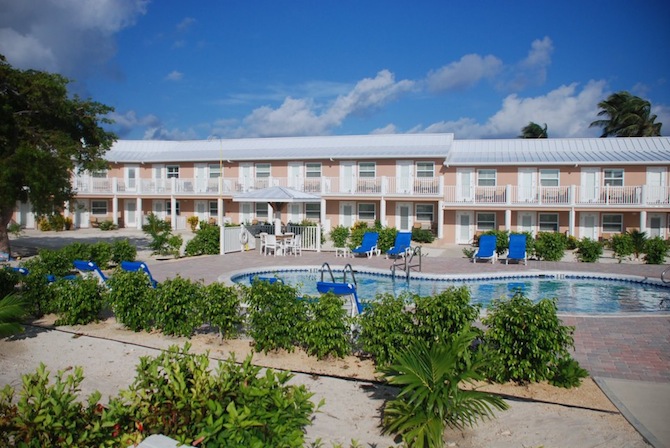 While most travelers to the Cayman Islands head straight for Grand Cayman and don’t leave, the sister islands are worth exploring.

Brac Cayman is home to about 2,000 residents, allowing for a more intimate experience.

Additionally, the island offers an impressive mix of land and sea offerings. As someone who loves the outdoors as well as getting off the beaten path, Brac Cayman easily won me over.

Note that Brac Cayman is easily explored by bike or with a car, and it takes less than an hour to drive from one side of the island to the other.

Keep reading for a Cayman Islands travel guide that takes you beyond the guidebook to explore beyond Grand Cayman.

Note that if you’re traveling alone, like I usually am, all of the Cayman Islands offer epic solo travel Caribbean experiences.

During my time on Brac Cayman I stayed at Brac Reef Beach Resort, a beachfront property that makes it easy to explore the best of the island and have fun on a budget.

Onsite you’ll enjoy free motorized water sports, a pool, a spa, beach volleyball, basketball, lighted tennis courts, free bike rental, a gym, and a snorkeling and dive center that can take you to some of the more than 50 dive sites around the island.

If you’re there on a Monday make sure to take part in their free evening canapé and cocktail reception. 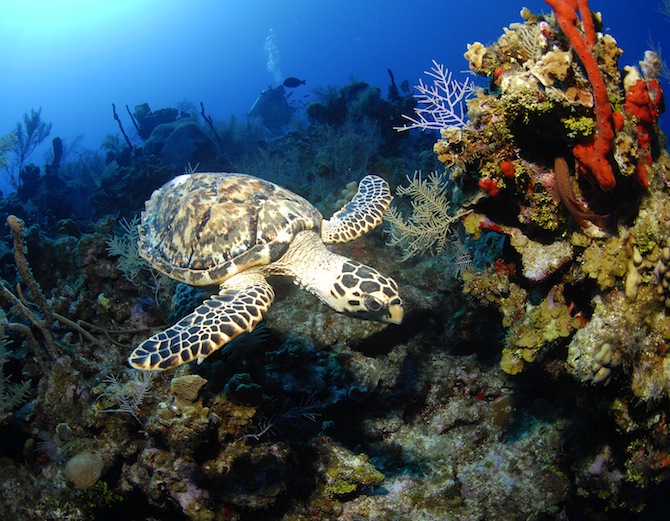 As stated above, Brac Cayman is home to over 50 dive sites, including wrecks, walls, reefs, canyons, and valleys. It’s one of the best places for diving in the Caribbean.

If you a see a Lionfish let your guide know, as these are invasive and are killing the reefs. Many divers take part in culling programs where they kill Lionfish and give it to restaurants to eat or cook it themselves, which helps the local ecosystem. 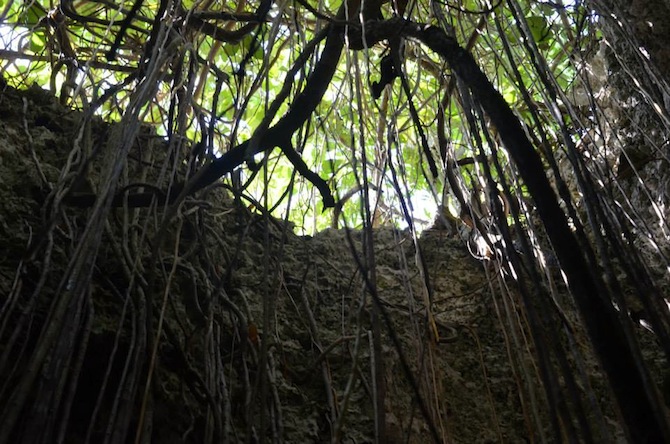 Inside Bat Cave on Cayman Brac

There are an array of different caves worth exploring on Brac Cayman. First, there’s Rebecca’s Cave — easily cycle-able from Cayman Brac Reef Resort — an otherworldly cave made of coral and limestone.

Rebecca’s Cave holds the grave of Rebecca Boden, who passed away at 18 months during the harrowing hurricane of 1932. If you’re interested in local wildlife, Bat Cave is full of flowstone — which looks like octopus tentacles and is made from water running over the rock — as well as bats (although the many visiting tourists have made the bat population decline).

During hurricanes locals seek shelter in this cave.

At Great Cave, which is nicknamed Slaughter House, buried human bones from pirate activity have been found here, with a true pirate’s treasure at the nearby beach.

The most adventurous cave on the island is simply labeled “cave,” where you’ll have to do a bit of climbing and shimmying to get inside, but once you are the array of colorful rocks and otherworldly stalagmites and stalactites is worth it.

Photo courtesy of the Cayman Islands Department of Tourism.

The Cayman Brac Lighthouse is more than just a lighthouse, it’s an adventure.

Take a photo of the lighthouse before continuing your walk down the natural path and out onto the cliff edge for a dizzying view of the sea from 140 feet above sea level.

If you follow the path long enough — about 10 minutes straight down — you’ll come to numerous brown booby birds, native to Cayman Brac.

Make sure to wear sneakers, as the terrain is extremely rough and rocky. 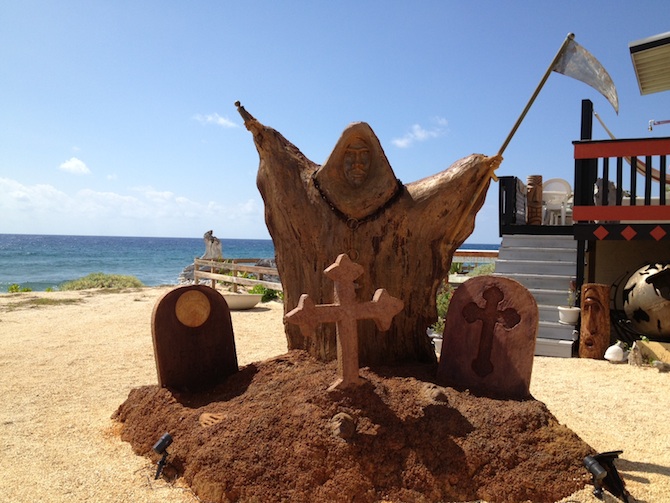 Some of Mr. Foots artwork, which many locals deem as controversial.

Lovers of alternative art should head to Mr. Foots House (you can ask a local how to get there), a cliffside home where Mr. Foots carves out abstract and contemporary works based on religion, war and Led Zeppelin.

Sadly, many locals aren’t accepting of his artwork, sometimes calling the cops on him for “disturbing the peace.”

That being said, many visitors find his artwork inspirational and interesting more than offensive. 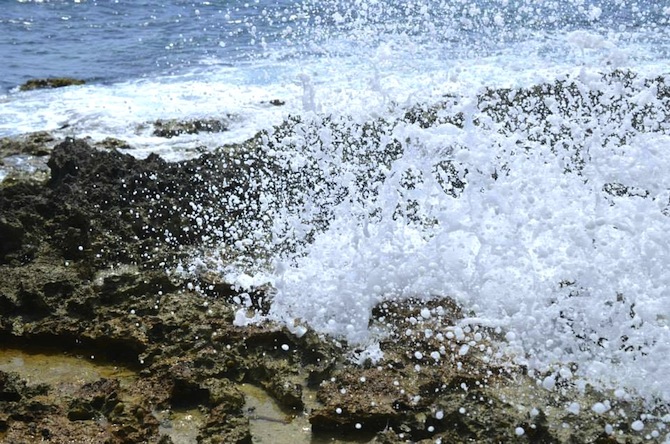 One of the island’s only white sand beaches is Public Beach, a great spot to lay in the sun, play beach frisbee or go for a swim out to the reef.

Another interesting beach on Cayman Brac is across from Great Cave, “Southeast Shore ‘Walk to First Cay’”.

While you’ll find garbage washed up from Jamaica and Cuba — some of it quite interesting to browse through — you’ll find natural Cayman sea salt (delicious!) dried in natural rock pools on the shore and powerful blowholes creating geyser-like plumes of water. 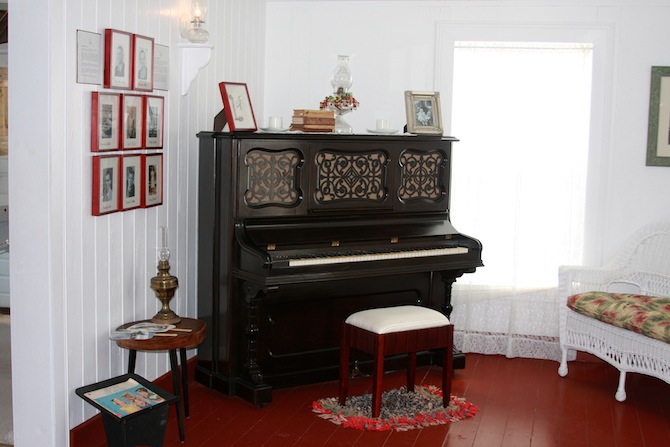 This small and free-to-enter museum features three rooms full of historical artifacts like old phones, sewing machines, instruments, and household items. One room is dedicated solely to the 2009 Paloma Hurricane, a devastating storm that truly showed the strength of the island.

While you could easily see the entire museum in less than an hour, it’s worth a visit to understand the local culture. 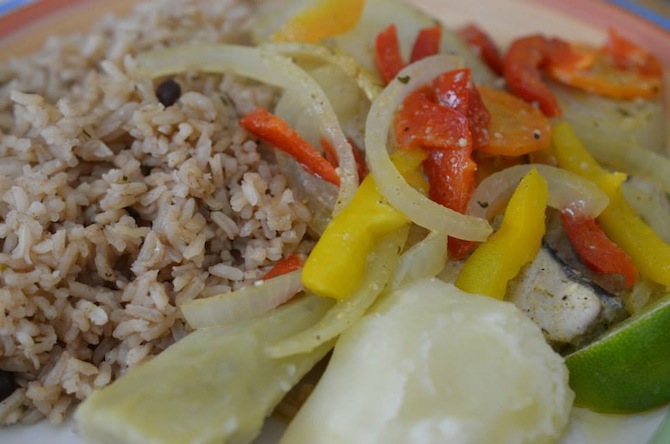 Eat At A Local Restaurant

Brac Cayman is a great destination for trying local restaurants untouched by tourism.

One restaurant recommendation is Star Island Restaurant (137 West End), with some specialties including Cayman-style fish gowned in peppers, onion, and tomato; conch steak; cashew shrimp; and sweet rum cake. Here you’ll also find an impressive selection of Chinese food, a type of cuisine you’ll encounter quite a bit in the Cayman Islands. Another delicious restaurant option on Brac Cayman is Paradise Desires & Creations (Pollock Drive, Cotton Tree Bay), where everything is literally made from scratch to perfection.

Pair your meal with one of their fresh all-natural juices. 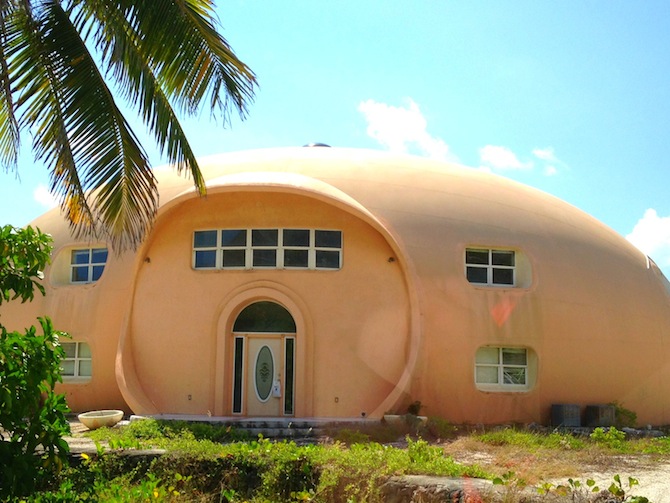 Again, this is something you can ask your hotel where it’s located.

The Bubble House looks like a giant pink spaceship or a bubblegum-colored dome rising from the ground.

Interestingly, it’s said to be hurricane-proof. 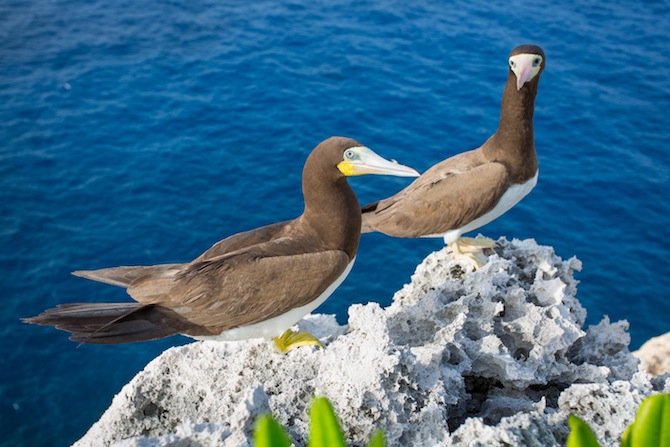 Cayman Brac is full of beautiful bird-life, like the above brown booby

In Cayman Brac’s wetland, you’ll find over 200 bird species — including the beautiful Cayman Brac parrot, a near-threatened bird the destination is known for.

Another unique bird to watch for on Cayman Brac is the brown booby, prevalent along the trails near the Cayman Brac Lighthouse.

Bring your bird book and binoculars for an enjoyable afternoon.

The best time for bird watching on Cayman Brac is October to April when it’s not uncommon to spot up to 60 different varieties of birds in one day.

Have you visited Cayman Brac? What was your favorite experience? Please share in the comments below.

Ditch The Daily Grind: How To Create A Travel Blog That Makes Money

This website uses cookies to improve your experience while you navigate through the website. Out of these, the cookies that are categorized as necessary are stored on your browser as they are essential for the working of basic functionalities of the website. We also use third-party cookies that help us analyze and understand how you use this website. These cookies will be stored in your browser only with your consent. You also have the option to opt-out of these cookies. But opting out of some of these cookies may affect your browsing experience.
Necessary Always Enabled
Necessary cookies are absolutely essential for the website to function properly. These cookies ensure basic functionalities and security features of the website, anonymously.
Functional
Functional cookies help to perform certain functionalities like sharing the content of the website on social media platforms, collect feedbacks, and other third-party features.
Performance
Performance cookies are used to understand and analyze the key performance indexes of the website which helps in delivering a better user experience for the visitors.
Analytics
Analytical cookies are used to understand how visitors interact with the website. These cookies help provide information on metrics the number of visitors, bounce rate, traffic source, etc.
Advertisement
Advertisement cookies are used to provide visitors with relevant ads and marketing campaigns. These cookies track visitors across websites and collect information to provide customized ads.
Others
Other uncategorized cookies are those that are being analyzed and have not been classified into a category as yet.
SAVE & ACCEPT
178 shares