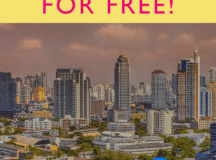 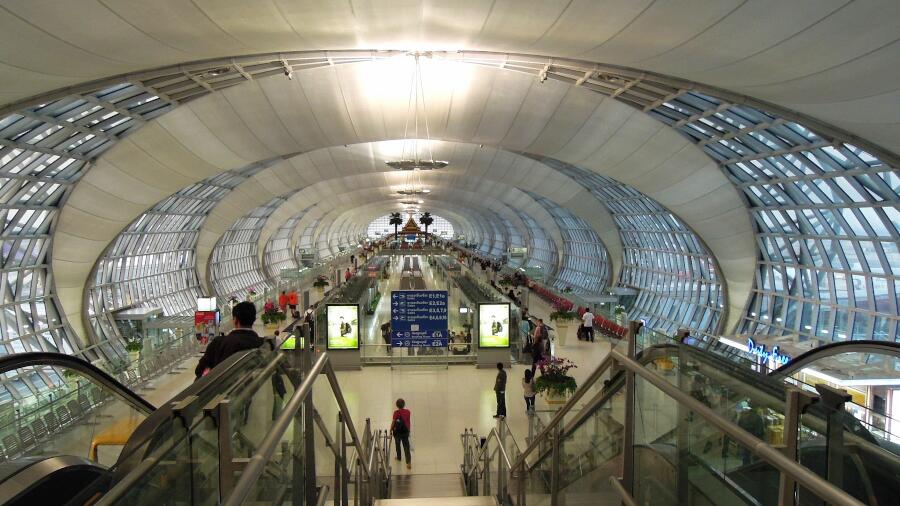 Traveling to Thailand? This post will be short, sweet and, hopefully, informative.

In Bangkok, there are two international airports:

If you’re flying into the country from outside of Asia you’ll likely be flying into BKK; however, if you’re looking to explore Thailand via one of the many budget airlines like Air Asia, Nok Air and Thai Smile you’ll likely be heading out of DMK, the world’s largest low-cost carrier airport.

I was exploring Chiang Mai (Thailand) and Bhutan during my three-week trip, using Bangkok as my home base for a night before and after each. I booked an airport hotel — which I highly recommend, but more on that below — called the Golden Jade Suvarnabhumi Hotel.

PSST, DON’T FORGET TO PIN THIS POST FOR LATER! 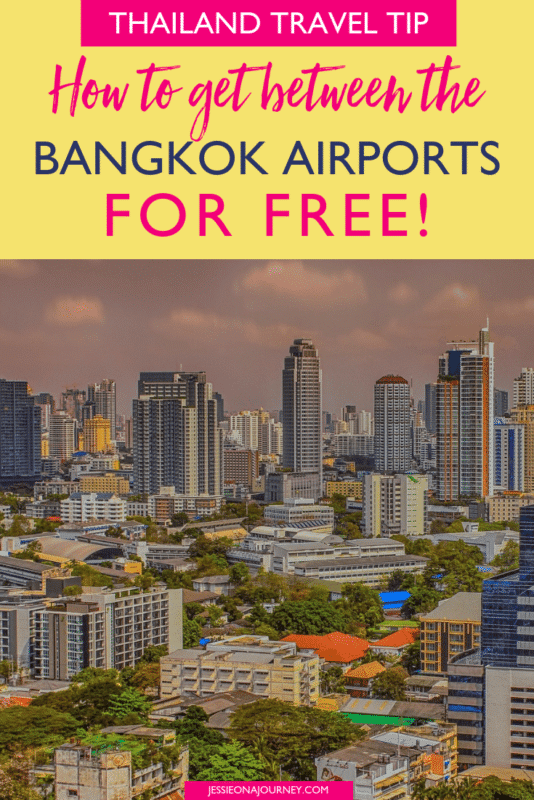 If you need to get between the airports, a budget-friendly option is the free airport shuttle. I used this shuttle when flying in from Chiang Mai, landing in DMK and needing to get to the Golden Jade Hotel. To save some money, I took the shuttle over to BKK to get a cheaper taxi to the hotel, as BKK was way closer. Note that you will need to show proof of flight to get a ticket for the shuttle (in the form of a rubber wrist stamp), though luckily my flight to Bhutan was early the following morning which was good enough for the shuttle attendants. At DMK, I walked to Gate 6 in the arrivals terminal, walked outside and went up to the shuttle desk to get the stamp.

The shuttle looks like your average local public bus, though with luggage racks, decently comfortable seats (they’re padded and everyone is seated) and air conditioning. I had been nervous everyone would be squished together with their baggage like when you get shuttled to an airplane when boarding (or ride the NYC subway or JFK AirTrain), but it was actually quite pleasant. The shuttle comes about every 30 minutes and the ride is about an hour, dropping you off at the passenger terminal on the 4th Floor, Gate 5 of BKK.

Note the driver will not make stops in between the two airports.

I personally didn’t use the shuttle going in the other direction (BKK -> DMK); however, I’ve heard it’s the same routine, and you can grab the free shuttle from Door #2 at BKK.

As for the Golden Jade, I recommend this hotel for those just needing a place to crash near the airport. I’ve been to Bangkok before and wasn’t looking to go crazy on Khao San Road. I just wanted a clean hotel with strong Wi-Fi, a hot shower, air conditioning and breakfast included, which Golden Jade offered for about $20 per night.

Want a private transfer option? KiwiTaxi offers affordable transfer between airports, as well as anywhere else you may want to go in Bangkok.

Bonus Tip: Wondering where to stay in Bangkok? It’s wise to stay near the Skytrain (BTS) and underground (MRT) rail systems!

Bonus Bonus Tip: While Bangkok has much to offer, don’t forget to get out and explore other great Thailand destinations like Chiang Mai and Koh Chang.

Do you have any Bangkok airport or Thailand transport tips to add? I’d love to hear in the comments below! 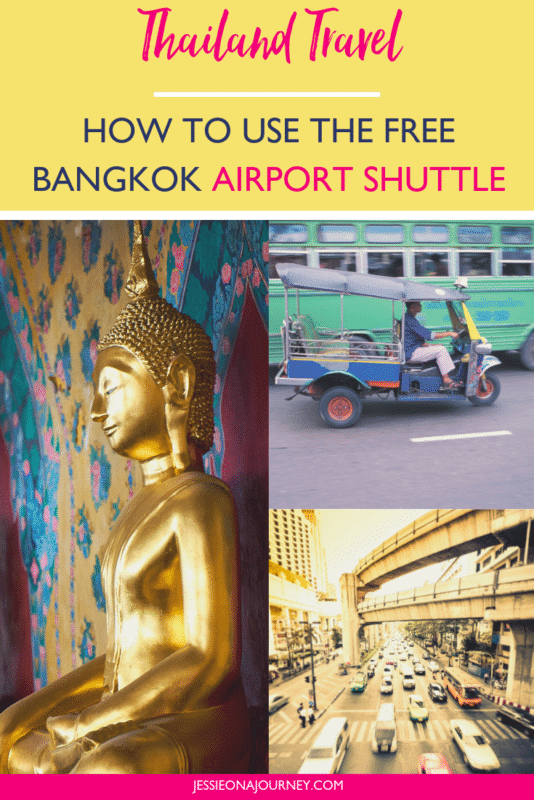 Solo Travel In Istanbul: The Ultimate Guide (With Map!)
59 Best Things To Do In NYC On A Rainy Day (By A Local!)
12 Best Flower Baths In Bali (Ultimate Guide)
Posted in Asia, Travel Guides

This website uses cookies to improve your experience while you navigate through the website. Out of these, the cookies that are categorized as necessary are stored on your browser as they are essential for the working of basic functionalities of the website. We also use third-party cookies that help us analyze and understand how you use this website. These cookies will be stored in your browser only with your consent. You also have the option to opt-out of these cookies. But opting out of some of these cookies may affect your browsing experience.
Necessary Always Enabled
Necessary cookies are absolutely essential for the website to function properly. These cookies ensure basic functionalities and security features of the website, anonymously.
Functional
Functional cookies help to perform certain functionalities like sharing the content of the website on social media platforms, collect feedbacks, and other third-party features.
Performance
Performance cookies are used to understand and analyze the key performance indexes of the website which helps in delivering a better user experience for the visitors.
Analytics
Analytical cookies are used to understand how visitors interact with the website. These cookies help provide information on metrics the number of visitors, bounce rate, traffic source, etc.
Advertisement
Advertisement cookies are used to provide visitors with relevant ads and marketing campaigns. These cookies track visitors across websites and collect information to provide customized ads.
Others
Other uncategorized cookies are those that are being analyzed and have not been classified into a category as yet.
SAVE & ACCEPT
419 shares